Four Free picks cashed in this past weekend , FRI, SAT, & Sunday in NFL + The Free pick on SF Giants to win World Series.. I will be texting out More all week if you want to get on the text list.. Great end to the Month Of October, and there is a special rate  for NOV best bets in Football. AND NBA starts this week!

Great bet this week on Alabama/LSU  Oregon/ USC in NCAA 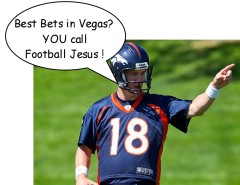 BEST way to start the week is to start off winning , last week was another 2-0 in Football..and I have MORE this week FOR FREE if you want to jump on the BEST bet Text list. Also have A Free Pick for the World Series , After cashing in on SF Giants for the 2nd time this post season winning last 2 series bets.. Free pick for World Series : SF Giants

Free picks on PODCAST are rolling  at 5-1 if u dont listen its not my fault .. or get em by TEXT MESSAGE early right to your phone >> also special deal for all new guys who get on NOV football list. you get last 2 weeks of OCT bets FREE.. I arleady have BEST bet on Michigan State – Michigan game , & Gators /Gamecocks + a BONUS CHUNK bet on west coast bet , where i get best information .. call me before thur..

MON nite Football bets 70% this season!! get on it !! Good weekend betting football in Vegas, last week, but my FREE pick on Titans got crushed, dropping the NFL podcast picks to 4-1 .. BUT will have several more free picks on the way , in NCAA and NFL + Free picks for MLB Playoffs… Good bet already for NCAA this weekend 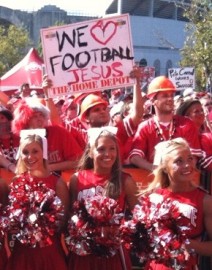 Free Podcast picks 4-0 in NFL.. if you listened to the Podcast, the 1st four weeks of the NFL season,. Overall the free football picks I have posted are 11-4, this season so far. AND I have cashed in EVERY monday night so far! More good Football bets coming this week and all month, if you want every bet I make in vegas sent to your phone – always good to get on Best bets early at the BEST betting numbers .. EXAMPLE : Sunday night football last week there is NO way you could have lost no matter who you bet , if you bet NY Giants – u were getting +2.5 , and prior to sunday you could bet Eagles -1 ..You always have to get the best betting lines you can if you want to make an extra 5-7% PROFIT each season.

Pittsburgh fans will think they have a chance this weekend after it was confirmed in the < football news that long-term injured running back, Rashard Mendenhall, will return for the Steelers’ Week 5 game at Philadelphia on Sunday.

Mendenhall has been out since tearing his anterior cruciate ligament in the Steelers’ final game of the 2011 regular season in January. It was a sorry blow for Pittsburgh, as they then fell in their wildcard clash with Denver Broncos.

Pittsburgh have not fared too well without him this season either; they are 1-2 after their fourth-week bye.

“Getting Mendenhall back is really going to help us,” offensive lineman, Doug Legursky, told the Pittsburgh Post-Gazette. “Not that the other two backs haven’t done a good job because they have, but Rashard’s explosion, his speed, and his experience will really just add to it and make us that much better.”

Indeed, Legursky is right to be excited over his teammate’s comeback, as the Steelers have struggled to made the yards early this season.

Both Issac Redman and Jonathan Dwyer have been given chances to make the running back position their own but, with just one touchdown in three games between them, it is clear that the Steelers need Mendenhall back in the side.

The 25-year-old ran for 928 yards in 2011 and surpassed the one thousand mark in the two years previous. Pittsburgh are currently the 31st-ranked team for rushing and, with just 65 yards completed, it is clear that Mendenhall needs to get back into this side and reignite their rushing plays.

Mendenhall said on Wednesday that he was happy with practice and now ready for Sunday’s game; he may be Pittsburgh’s only chance of upsetting the NFL betting odds against the 3-1 Eagles this weekend.